It's been a while! I'm writing the part below in a chaotic fashion without spellchecks, otherwise it will take me ages and I just wont post it....  That is why I have 22 un-posted drafts on this blog.

The last couple of months I have been busy with a lot of things. Most (once again!) had nothing to do with Sci-Fi or 3D. Argh! However I worked some more on USS Demeter, it's making progress, the hull has to be perfect before I start with small details. In between I got another project that I want to put out: spaceship "Maratowa" for Dutch science fiction/fantasy writer Nick Brok.

The Maratowa is a very advanced ship from an ex-Earth race. It's FTL drive is based on the space folding principle and the sublight/thruster system works on omni directional hyper ion distribution. (ODHID) The Maratowa is mainly used for exploration and is the most modern ship class of this civilization. It features large observation rings and a small, rainforest like, arboretum in the center of the ship. During the design, I decided that I wanted it to be longer more serious, when I have some decent progress on the current hull I will update my blog with it. :)

What else has been going on:

Since early august I knew that Vesta would come to STO in season 7. I'm looking forward to that, I also hope that STO will consider to add some of my other ships in the future. I recently saw shots of the Vesta and it looks good in game. I'm happy!

In Kirsten Beyer's new book The Eternal Tide, Voyager had a feature that needed an entire overhaul of the internal layout. Without too much spoilers: lets just say I needed to cut it in 2 pieces somewhere. This is why my first few attempts have been scrapped and that we have enormous delays! I worked together with Kirsten to give this refit a plausible explanation and I think it worked. Once Demeter is finished all my attention will go back to Voyager. I promise I will finish Voyager in 2013.

Last but not least Matt Haden tipped me about the following:
In IDW's comic "Hive #1" a ship that looks like my unfinished Merian Class variant is visible. If I scale and overlay the dimensions/angle is fairly accurate. 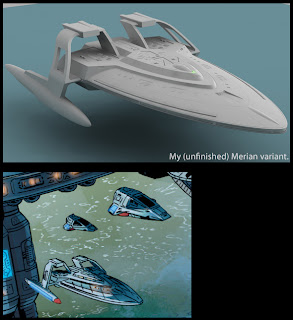 What for me now has priority is the following: I got contacted by Dr. Harold "Sonny" White (NASA) to envision the first "real" warp ship, based on Matt Jefferies Ringship. (As it comes close to what could be a working principle.) Dr. White, Mike Okuda and myself are emailing a lot to get a reasonable good concept that still has a cool factor to it. The primary goal for this ship is to stimulate/motivate people to move into a science/engineering/mathematics career.

In other news:
I once again will be sort of a consultant, in regards to all things ships, for Kirsten Beyer. She is writing a new Voyager book.

Finally a list of ships I'm currently working on or are in the pipeline, in order of priority: 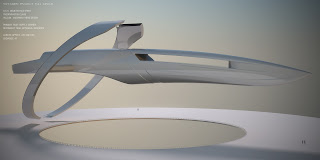 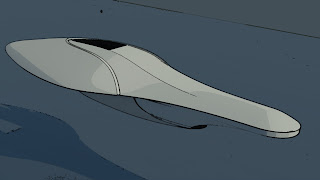 U.S.S. Vesta (personal project to create a proto Vesta without any concessions.) 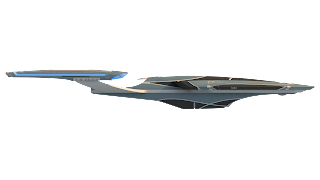 Starfleet "Slave 1" the concept drawn by Adam Ihle can't wait to 3D it. 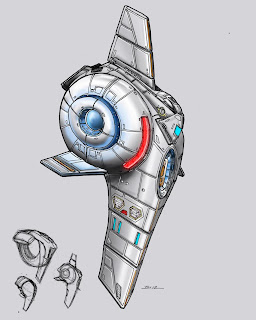 USS Curie, a Merian class variant, I work on and off on this one, it's the snack item.

Well that is it for now, questions/comments? Let me know!