Have a nice new year everyone!

I'm currently working on a new project, it's movie related but not Star Trek or Star Wars. I'm afraid that's all I can say, it also means that there will be very little to show up to April because of the NDA.

Meanwhile Thinkgeek.com is considering the idea of IXS Enterprise posters, a fun idea if you ask me. But: nothing is certain yet. :)

In other news, I'm in the process of converting the Vesta class to mesh, improving some tiny design glitches at the same time. Mesh conversion is tricky, with different output in viewport and renderer... Also I have to redo the textures, this is basically a good thing as the current version relies too much on ancient procedural shaders, they need to go. Still once converted to mesh, the usability is going to be so much better. New renders will look better and hopefully a bit more realistic. :)

Oh also, the new novel Takedown by John Jackson Miller is using the Aventine on the cover. I made the artwork around June 2014. It is a bit different from previous covers, but so far it has been received quite positive. Can't wait to read the book! 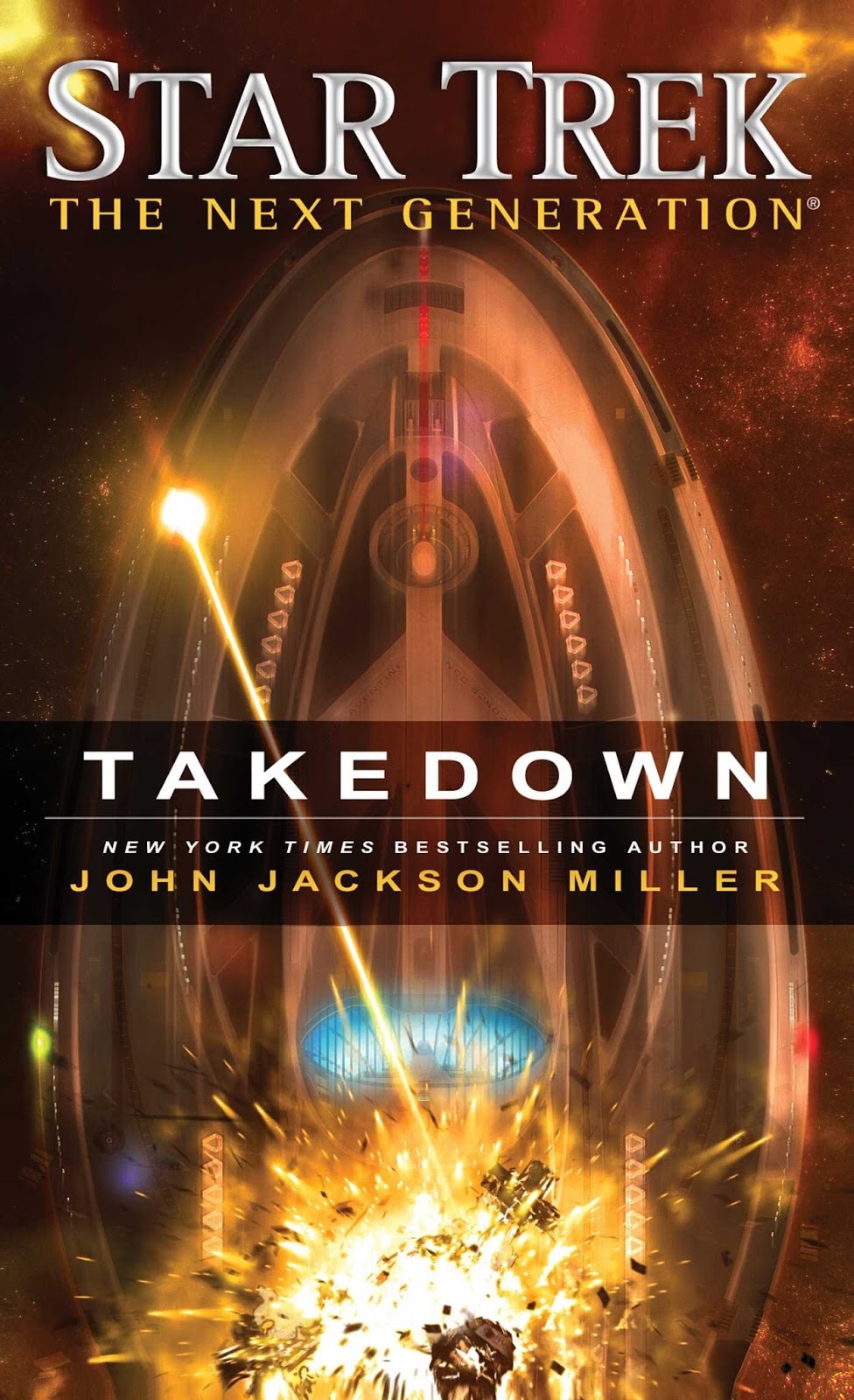 In case you are not doing so already,  visit me on Facebook (www.facebook.com/neohammer) or on Twitter, as I update these a lot "quicker" than my blog.

Thanks for the ongoing support!